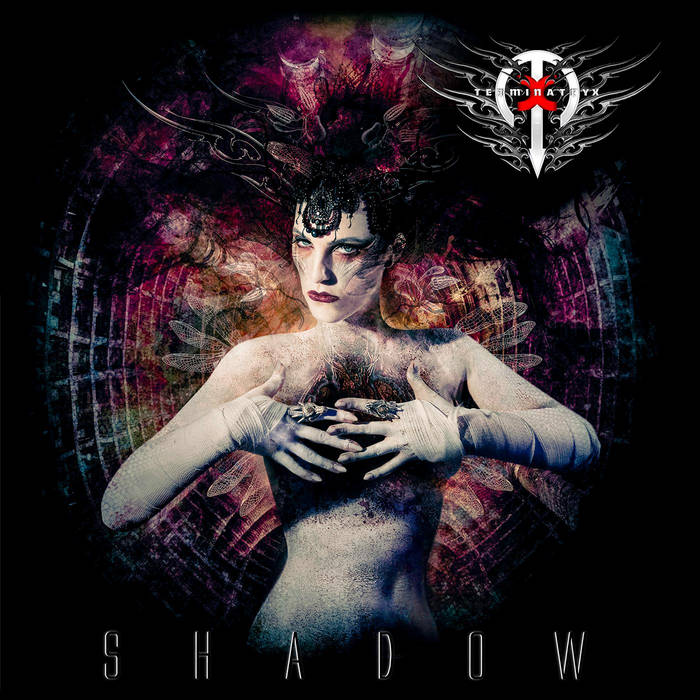 Femetalism I love the chugging guitars and the electronic/industrial elements to this album, plus Sonja's vocals are truly haunting.

Never ones to follow convention, with Terminatryx entering its 12th year, the new album takes the band into yet another realm (following their self-titled debut album; its full remixed version incl. international & local remixers; the Kopskoot! heavy Afrikaans compilation; and the Terminatryx DVD featuring the classic silent vampire film Nosferatu with a new original soundtrack).
This Flamedrop Production was produced by Terminatryx co-founder Paul Blom and the renowned Theo Crous - the duo wanted to add a new dimension of sonic force, yet not diminish the potential accessibility of the songs.
With lead vocalist Sonja Ruppersberg having an equal hand in writing this album’s songs with Paul, her emotional perspective added a great deal to expanding the scope of the new songs that are filled with energy, passion and a drive to transcend the mundane.

Known for being guitarist in bands like Springbok Nude Girls and K.O.B.U.S., and producing acts like Van Coke Kartel, Prime Circle, Parlotones and Dan Patlansky, Theo Crous delved into his heavier roots with this production alongside Paul.
Theo also mixed the “Shadow” album and by recording at his Belville Studios, a warmer analog element was added to the previous digitally dominated recording process of Terminatryx.

The album will be available on CD as well as reputed digital download locations.