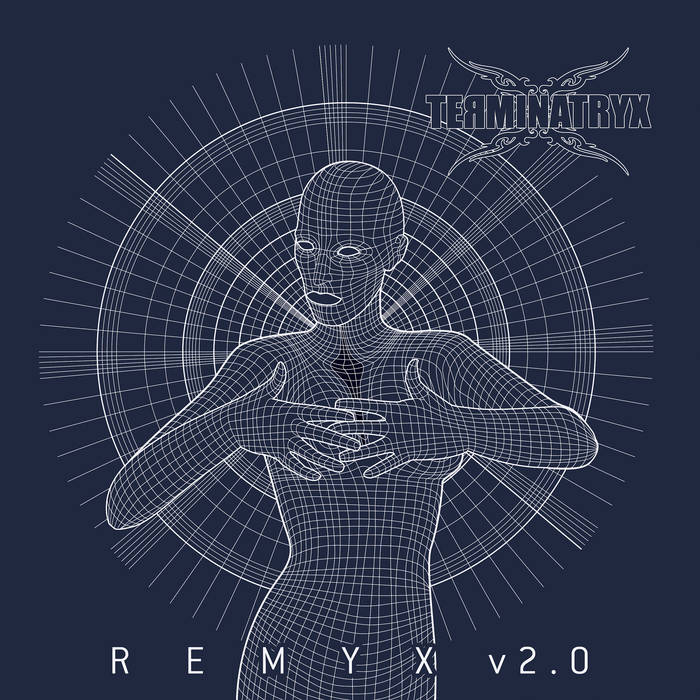 This is the full remixed version of the TERMINATRYX "Shadow" studio album by a range of exciting remixers, giving the Industrial-Rock / Alternative-Metal songs a brand new approach, from Dance, Pop and EBM, to Electronic, Industrial-Dance, Dubstep and Acoustic (plus lots in between).
Just like with the self-titled Terminatryx debut album, the "Shadow" studio album now also has its full remixed version!
Some stellar remixers who were on "Remyx v1.0" return for this one, including Industriezone (Austria), Lloyd Price (UK - who appeared on the first remix album with Martin Degvile as Sigue Sigue Sputnik Electronic, and here in the shape of his new project The Frixion), Battery 9, iRONic and Mr Sakitumi (all South Africa). Other remixers giving the "Shadow" album's song kick-ass new angles include Grimehouse, In Misery, Isobel, F8 and Khemical Krypt. As with the first remix album, an '80s cover version is also included, this time, Prince's When Doves Cry.
More details about both the Terminatryx "Remyx v1.0" and "Remyx v2.0" albums, the remixers and more at terminatryx.com/remix

The first physical release incarnation of Terminatryx "Remyx v2.0" was in the shape of a limited edition key shaped silver metal laser engraved USB flash drive / pendant (includes a ball chain making it wearable musical jewellery to always have Terminatryx on your person!) Comes in a magnetic presentation case and a branded cover sleeve, with extra features like music videos. This can be ordered right here at the Terminatryx Bandcamp merch page.

a Flamedrop production
All songs written by Paul Blom & Sonja Ruppersberg, originally performed by Terminatryx on the "Shadow" album of 2014 (produced by Paul Blom & Theo Crous)