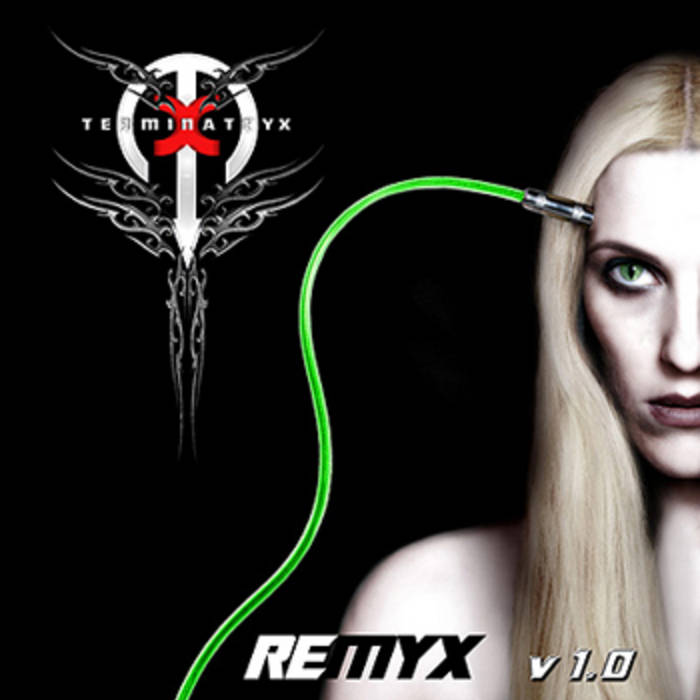 "Remyx v1.0" is the full remixed version of the debut self-titled TERMINATRYX album, featuring the 12 tracks remixed by international and local remixers.
Terminatryx has always been a band that defies convention.
Late-2008 / early-2009 South Africa’s female-fronted Industrial-Metal band Terminatryx embarked on finding the right people to remix the entire acclaimed self-titled debut album and broaden its scope - a rarely tackled endeavor in South African music (except for mainstream artists doing a few songs per album, not each and every track in sequence).
This led to an incredible range of collaborators from around the world inspired by the tracks to put brand new spins on the already unique Terminatryx songs, from Dance, Industrial and Avant-Garde styles, to Trance, Aggro-Tech, EBM, Electronica, string- & acoustic versions plus more. These include people like the legendary Martin Degville from Sigue Sigue Sputnik, with Lloyd Price (UK), Sheep On Drugs (UK), Industriezone (Austria), Modern-e-Quartet (Greece), Goth legends The Awakening (USA), and South African musical forces like Battery 9 and Mr Sakitumi, plus Terminatryx versions and bonus tracks (incl. a classic cover version).